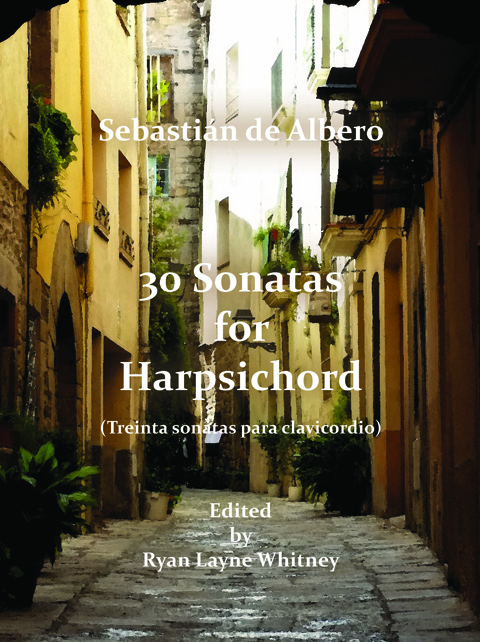 The 30 Sonatas for Harpsichord of Sebastián de Albero (1722–1756), who worked for the Spanish court in Madrid along with Italian-born Domenico Scarlatti and fellow-Spaniard Antonio Soler, is a remarkable contribution to the vital Iberian keyboard literature of the 18th century.

Lively, colorful, melancholy—with the Spanish-style harmonic and melodic inflections, irregular phrases, dissonances, and ingenious modulations characteristic of the best work of his contemporaries—Albero's 30 Sonatas for Harpsichord displays his distinctive personality. While enriching the repertoire of pianists and harpsichordists, Albero's work affords new insights into the vivid and expressive music of the Iberian keyboard tradition, as well as many hours of delightful music for performance and practice.

The 30 Sonatas for Harpsichord are newly edited from the manuscript source, clearly typeset and formatted for optimal page turns, and prefaced with a biographical and editorial introduction. Available from Lulu.com in both perfect-bound and coil-bound versions, and in perfect-bound form only at Amazon.com and other on-line outlets, as well as through ordering at local bookstores. 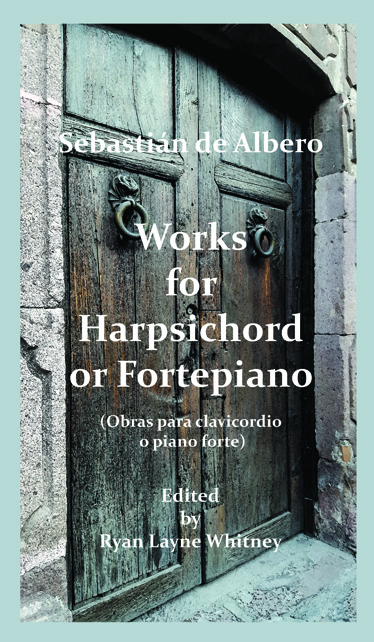 The six Obras for Harpsichord or Fortepiano of Sebastián de Albero (1722–1756), along with his 30 Sonatas for Harpsichord, complete this edition of the known works of Albero, who worked for the Spanish court in Madrid with Italian-born Domenico Scarlatti, fellow-Spaniard Antonio Soler, and other important composers and musicians of Spain and Italy.

Each of the Obras contains an unmeasured, improvisatory Recercata with exotic modulations and melodic fantasy; an extended Fuga combining counterpoint with Iberian-influenced passages; and a Sonata reminiscent of the 30 Sonatas, but often larger and bolder in scope. The Obras is noteworthy for its unusual structure, interesting mixture of styles, harmonic ingenuity, and ambitious dimensions, and is a fine example of keyboard works from this lively period in mid-18th century Spain.

Newly edited from the manuscript source, this edition is clearly typeset and formatted for optimal reading, with a biographical and editorial introduction in English, Spanish, French, and German. Available from Lulu.com in both perfect-bound and coil-bound versions, and in perfect-bound form only at Amazon.com and other on-line outlets, as well as through ordering at local bookstores.

Sebastián de Albero, was born in Roncal, Navarra, Spain, on 10 June 1722, and died in Madrid, Spain, on 30 March 1756. In 1734 he entered the choir at the Cathedral of Pamplona, where he remained until 1739. His activities between 1739 and 1746, when he was awarded the post of organist of the Royal Chapel in Madrid, are not known, but he must have shown considerable musical training and talent to have acquired the post in his 23rd year. Albero had studied with the organist and composer José Elías (c. 1678–1755), who had come to Madrid in 1725 from Barcelona.

To date, only two works are known by Albero: the 30 Sonatas para clavicordio (in Spain at that time the word clavicordio referred to the harpsichord), and a set of six three-movement works (unmeasured recercata, fugue, and binary sonata), the Obras para clavicordio o piano forte. (The sole manuscripts of each of these works are not thought to be Albero’s autographs.)